Co-morbidity of overweight and obesity in dogs and cats

Obesity is a nutritional disease of concern in both canine and feline pets, with up to 35% of adult dogs and cats in the United States reported to be either overweight or obese. Several chronic diseases have been associated with overweight and obesity in both dogs and cats, including osteoarthritis, heart disease, and diabetes mellitus, as well as hypothyroidism in dogs. 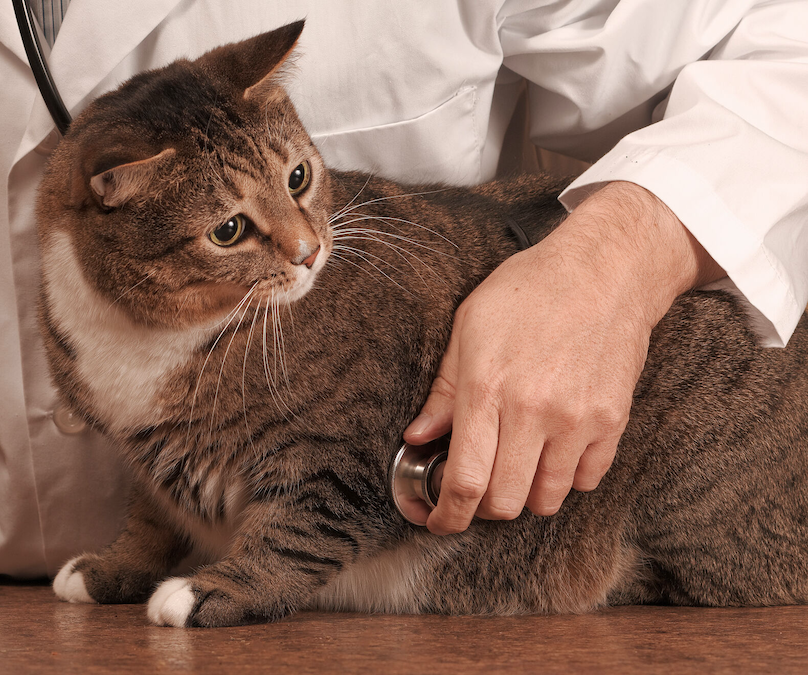 Obesity is a nutritional disease of concern in both canine and feline pets, with up to 35% of adult dogs and cats in the United States reported to be either overweight or obese 1 2 3 4. Several chronic diseases have been associated with overweight and obesity in both dogs and cats, including osteoarthritis, heart disease, and diabetes mellitus, as well as hypothyroidism in dogs 5 6. This population analysis was conducted in order to provide a recent assessment of select chronic conditions as co-morbidities in the US pet population.

Medical records of all canine and feline in-patients seen in 2013 at over 850 Banfield Pet Hospitals were used to extract information regarding body condition score (using a 5-point scale, with 1 = cachexia, 3 = ideal, 5 = obese), reproductive status and diagnoses of select chronic diseases hypothesized to be linked to overweight or obesity: diabetes mellitus, heart disease (cardiomyopathy, heart failure, valvular insufficiency), osteoarthritis and hypothyroidism (dogs only). Relative risk (calculated as a prevalence ratio, i.e., the probability of being overweight if an animal has a chronic disease vs. not having the disease) and 95% confidence intervals were calculated for each chronic disease, and adjusted for spay/neuter status.

Overall, 30.3% of cats and 26.3% of dogs were recorded as being either overweight or obese (BCS of 4 or 5). Those diagnosed with the chronic conditions of interest were commonly overweight or obese, with the prevalence of overweight/obesity greater in animals with the chronic disease than those without the disease (Table 1). Neutered pets were more likely to be diagnosed with all conditions than intact pets (P < 0.0001 for each comparison; Table 2), with prevalence ratios in cats noticeably greater than in dogs. The relative risk of overweight or obesity in pets diagnosed with chronic disease vs. no chronic disease for osteoarthritis, heart disease and diabetes mellitus in cats are 1.39, 1.05, and 1.79 (respectively) and in dogs 1.97, 1.55, and 2.09 (respectively); the relative risk for canine hypothyroidism is 2.73. Because neuter status is associated with being overweight/obesity, the calculations were adjusted for neuter status; in brief, this involved calculating the relative risk of being overweight/obese with a given condition for the neutered population, and for the intact population, then combining the two calculations to establish the adjusted relative risk. This weighted average of the two risk groups resulted in a decrease in the magnitude of the relative risk of overweight/obesity associated with each chronic disease. With the exception of feline heart disease (p = 0.75), pets with the chronic conditions were significantly more likely to be reported as overweight or obese (P < 0.0001).

Multivariate analyses are needed to more fully characterize the associations between these conditions and overweight/obesity, controlling for potential confounders and other identified risk factors such as gender, age, and breed 1 2 5 6. Because of the cross-sectional nature of this study, it is not possible to determine whether the chronic conditions preceded, co-developed with, or followed an overweight or obese body condition. However, the significant associations found suggests that diagnosis of certain chronic conditions is an excellent opportunity to educate clients of the importance of nutrition and weight control in order to reduce the other risks associated with overweight and obesity.

Dr. Saito qualified from the Veterinary Faculty at the University of Pennsylvania in 1997. She was awarded a Masters in Public Health by Emory University Read more

Nutritionists and veterinarians have been interested in dietary fiber as a component of pet foods or as a supplement for many years.

By Allison Wara and Craig Datz

Veterinarians and practice support staff encounter questions and comments on a daily basis from clients regarding various aspects of petfoods, many of which are based on hearsay, popular belief and even falsehoods.

Why is it important to know the energy content of pet foods?

Two trends appear to have become fashionable amongst dog owners in recent years...