Oral cavity disease is the most prevalent diagnosis in both dogs and cats. Not only are many of these disorders preventable, the reported associations between periodontal disease and systemic illness in both animals and humans... 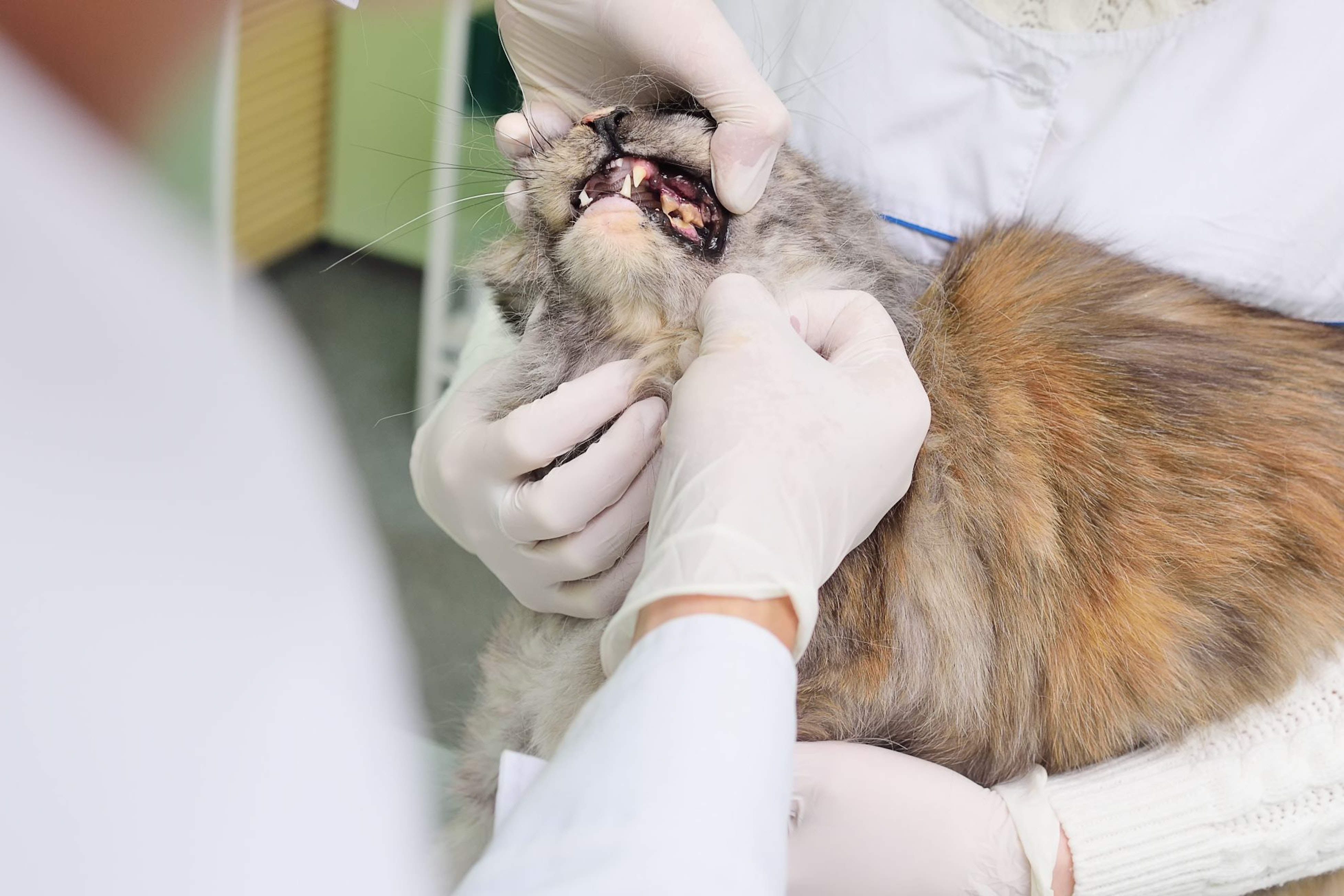 Oral cavity disease is the most prevalent diagnosis in both dogs and cats 1. Not only are many of these disorders preventable, the reported associations between periodontal disease and systemic illness in both animals 2 3 4 and humans 5 6 should motivate the clinician towards proactive measures which will positively impact the overall quality of life for both pet and owner.

For this population analysis, feline in-patients seen in 2006 that were ≥ 5 years of age and had received one or more diagnoses in the oral disease category were selected. These cases were compared to a sample of 5,000 feline in-patients with a similar age distribution but with no oral disease diagnosis. Overall prevalence rates for all oral diseases, including periodontal disease diagnoses, were generated from the Banfield in-patient population. Prevalence of the clinical signs reported for the population with periodontal disease (dental calculus; gingivitis; gingival recession; periodontal pockets and/or subgingival calculus) were also estimated. Logistic regression was used to determine risk factors important in predicting which cats are most likely to be diagnosed with periodontal disease. Potential risk factors included in the model were age, breed, gender, region and concurrent diagnosis (i.e. overweight, obesity, heart murmur, chronic kidney disease, aggressive behavior, diabetes mellitus, dermatitis, feline immunodeficiency virus [FIV], acute renal injury, hypertrophic cardiomyopathy or feline leukemia virus [FeLV]). To quantify risk, the relative risk (RR) was estimated using the odds ratio (OR) 7 for the association between age, breed, gender and the concurrent diseases of interest.

For the analysis, we used a p-value of .05 to determine statistical significance.

* Note that the figures for calculus and tartar vary because dental calculus is a diagnosis and tartar is an examination finding - if tartar was noted on examination but wasn’t severe enough to warrant an intervention, calculus was not diagnosed.

*** Estimated using the odds ratio. A relative risk (RR) > 1 suggests a positive association between an outcome and a factor; whereas RR < 1 suggests an inverse relationship between a factor and disease outcome; RR = 1 reflects no association.

An independent method has been developed that delivers an impartial assessment of the efficacy of products that claim to help reduce dental plaque or calculus in our pets, as Ana Nemec describes.

Dental care is necessary to promote optimal health and quality of life, but the most visible part of the tooth...

Damaged teeth are common but often go unnoticed, or the consequences are ignored or at best underestimated.