This short paper explains why individualized nutrition is important for an animal’s health, how new technology now allows tailor-made nutritional solutions for pets, and the benefits it brings. 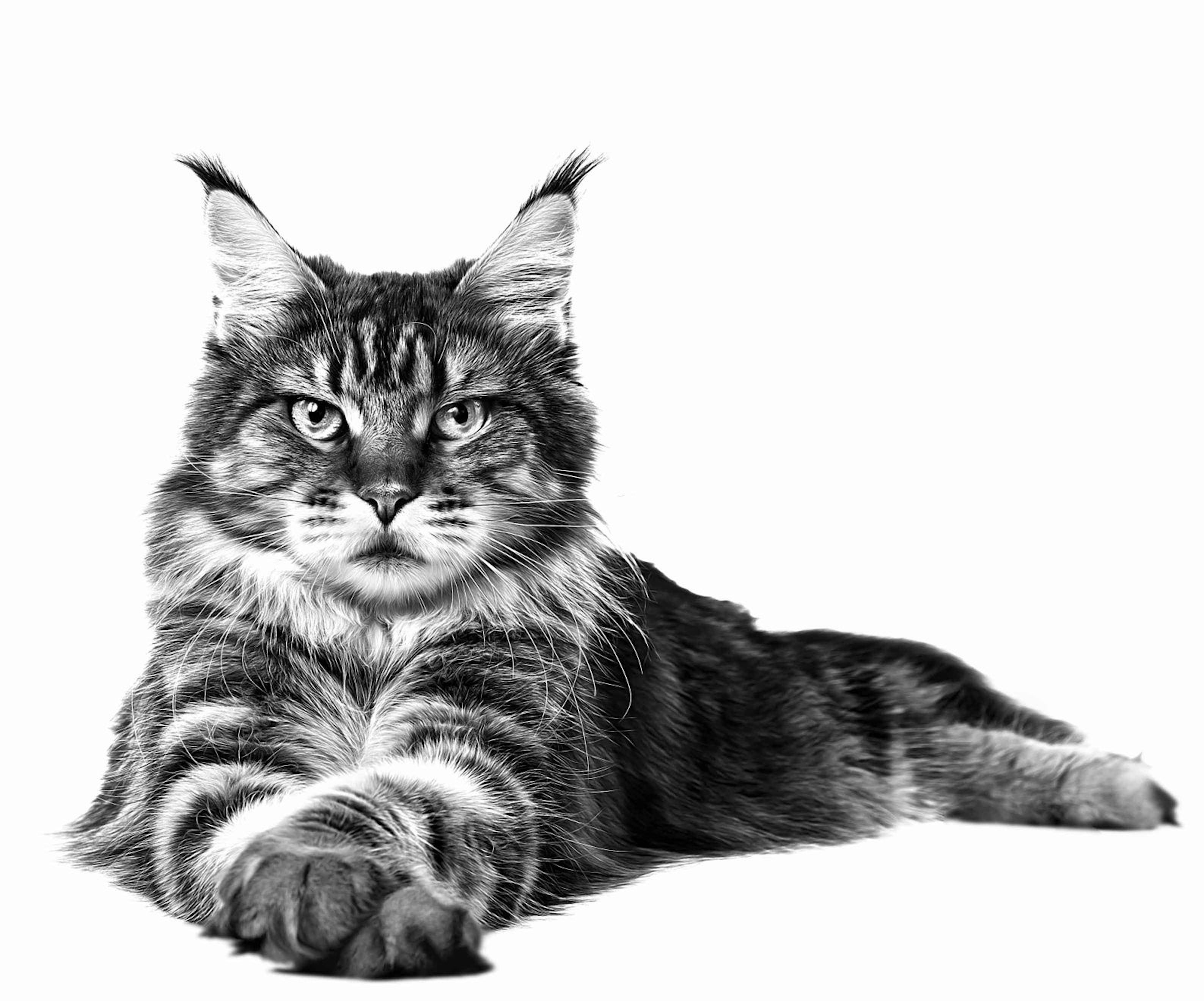 Prevention is key in the management of health, and nutrition has a role to play in it.

Individualized nutrition allows a holistic approach to the pet by supporting not only a given disease but also the pet’s specific sensitivities, all in one meal.

Prevention is not only key for human health management, it is also now regarded as a major strategy for animal health. Guidelines have recently been developed as a resource to assist the veterinary profession in this area, and these include advice for optimizing dietary and feeding recommendations to pet owners 1. We know that every pet is unique, not only in terms of species, breed, age, sexual status, weight and body condition score (BCS), but also in its lifestyle, individual susceptibilities and any current diseases (Figure 1). For many years veterinarians have been able to support certain specific medical conditions with an appropriate diet, but now the concept of individualized nutrition is set to take things a step further.

What is individualized nutrition?

It is now possible to have a holistic approach to animal health using a diet that is designed for an individual animal which will support not only a given disease but also any concurrent conditions the pet has, as well as taking into account its specific sensitivities. This concept enables the clinician to use nutrition as a major tool to support animal health, complementing the traditional approach to veterinary medicine, and becomes even more important when treating sick animals. It is well-known that cats and dogs have marked differences in their dietary requirements (for example, in the optimal levels of protein, essential amino-acids, essential fatty acids and vitamins) and the phrase “cats are not small dogs” is often quoted. But whilst many pathologies in both species can now be supported by veterinary diets, other individual specificities can also impact on an animal’s nutritional needs. These include:

Some breed specificities have a significant impact on the pet’s sensitivities 2. For instance, Maine Coon cats, with their strong skeleton, are more at risk of joint problems; West Highland White Terriers are susceptible to atopic dermatitis and will often present with dermatological problems 3.

With ageing, the body’s ability to deactivate free radicals naturally produced by its metabolic processes decreases, and the resulting oxidative stress is an accelerator of the ageing process 4,5. Additionally, controlling the level of dietary phosphorus will support a healthy renal function 6.

Clear and appropriate rationing is key to tackling the increasing trend for overweight and obese pets that has been apparent in recent decades 7,8.

Neutering causes a reduction in the resting metabolic rate of animals and has an impact on both the pet’s daily energy needs 9,10 and on the likelihood of it developing urinary crystals and calculi 11.

An indoor lifestyle is associated with an increased risk of lower urinary tract diseases (such as idiopathic cystitis), dermatological problems and obesity 12,13.

While many patients have a primary disease that becomes the focus of care, comorbidities are commonly seen. For example, cats suffering from lower urinary tract disease are often overweight 14, and osteoarthritis is over-represented in patients with renal disease 15.

Until now, when veterinarians were faced with treating a pet that had a given disease but also had other confounding factors or sensitivities, they had to compromise and identify one condition to prioritize for their nutritional recommendations. With an individualized nutritional solution, it is now possible to support the pet’s health in its entirety.

For many years, veterinarians have been able to support certain specific medical conditions with an appropriate diet, but now the concept of individualized nutrition is set to take things a step further.

A bold innovation in veterinary nutrition

Developing individualized nutrition required many years of research and innovation to make it possible to determine the most relevant approach that combines all the nutritional needs of an individual animal. This meant a complete rethink of the entire manufacturing process, moving from mass production of standard diets (with several tons per batch) to small production runs for an individualized nutritional solution for a particular pet (a few kilograms at a time).

To formulate individualized diets on demand relies on a concept that can be compared with how an inkjet printer uses primary color cartridges to produce a full-color picture (Figure 2). Nutritionists and mathematicians worked together to define a set of “primary kibbles” and a nutritional algorithm. These primary kibbles encompass specific key nutrients (e.g., fiber, protein and essential fatty acids) which then need to be combined to constitute a complete ration. The algorithm is designed to integrate all the pet’s characteristics to produce the correct kibble combination that best answers the pet’s needs. Engineers have designed a unique processor which manufactures the finished product by combining the primary kibbles in the proportions recommended by the algorithm, with strict quality and food safety standards.

How does it work?

This new approach to nutrition is called ROYAL CANIN® IndividualisTM and is only available through veterinary clinics. It is a four-step process (Figure 3):

What are the benefits?

ROYAL CANIN® IndividualisTM brings a solution that offers nutritional precision for several health conditions at the same time, and also takes into account any sensitivities or susceptibilities to other potential conditions. As it is based on veterinary recommendation, the diet range is restricted to the veterinary clinic, which ensures the proper nutritional follow up: the recommendation can be updated during a follow-up consultation in the event of a change in health, to ensure the diet remains appropriate to the pet’s needs.

It also offers convenience. Until now, when it came to nutritional advice to support a pet that had various health problems, veterinarians had to recommend a homemade diet. This option, however, has limitations; the willingness of the pet owner to prepare the food every day; the cost of the fresh ingredients and the vitamin and mineral supplements; and the owner’s compliance with the recommended recipe (as changing one ingredient can lead to an unbalanced ration). With individualized nutrition the ration is ready to use, facilitating owner compliance with the veterinarian’s recommendations.

The new concept is being rolled out in stages; to find out more, contact your local Royal Canin agent.

The algorithm is designed to integrate all the pet’s characteristics to produce the correct kibble combination that best answers the pet’s needs.

If you work in the United States, visit https://www.individualis.com.

The habits of pet owners have changed over the last decade, with a significant increase in online purchases for many items, including petfoods. ROYAL CANIN® IndividualisTM now offers a ready-to-use solution for veterinary clinics, as it is a fully integrated e-commerce product with a dedicated platform that allows on-line ordering 24/7 and automatic invoicing, all supported by a customer care service team. It is thought to be the only individualized nutritional solution currently on the market that can help manage all of a pet’s diseases and sensitivities, and is only available through veterinary recommendation. In a nutshell, it is a new and unique way to combine preventive medicine and dietetic nutrition for veterinary clinics.

Dr. Sagols graduated from the National Veterinary School of Toulouse, France in 2007 after completing a thesis on the nutrition of dogs and cats with heart failure Read more

Dr. Perea is a Diplomate of the American College of VeterinaryNutrition, having completed her clinical nutrition residency, DVM, andMS at the University of California, Davis (UCD) before serving thereas an Assistant Clinical Professor. Read more

Research has achieved a novel method of obtaining omega-3 fatty acids for inclusion in pet foods, as this short paper describes.

It is critical to ensure that a puppy is neither over- nor under-supplied with certain nutrients and minerals during the growth phase, but this can be more difficult than it first appears, as discussed in this paper.

Obesity in our pets is nothing new – but Alex German offers some new ideas as to how the problem can be best tackled.

The feline species is unique in many ways, and none more so than in its nutritional requirements, as illustrated in this question-and-answer paper from Ana Lourenço.