Cold atmospheric pressure plasma therapy is an emerging technology in the veterinary field; this paper offers an introduction to the novel procedure and how it can benefit the canine patient. 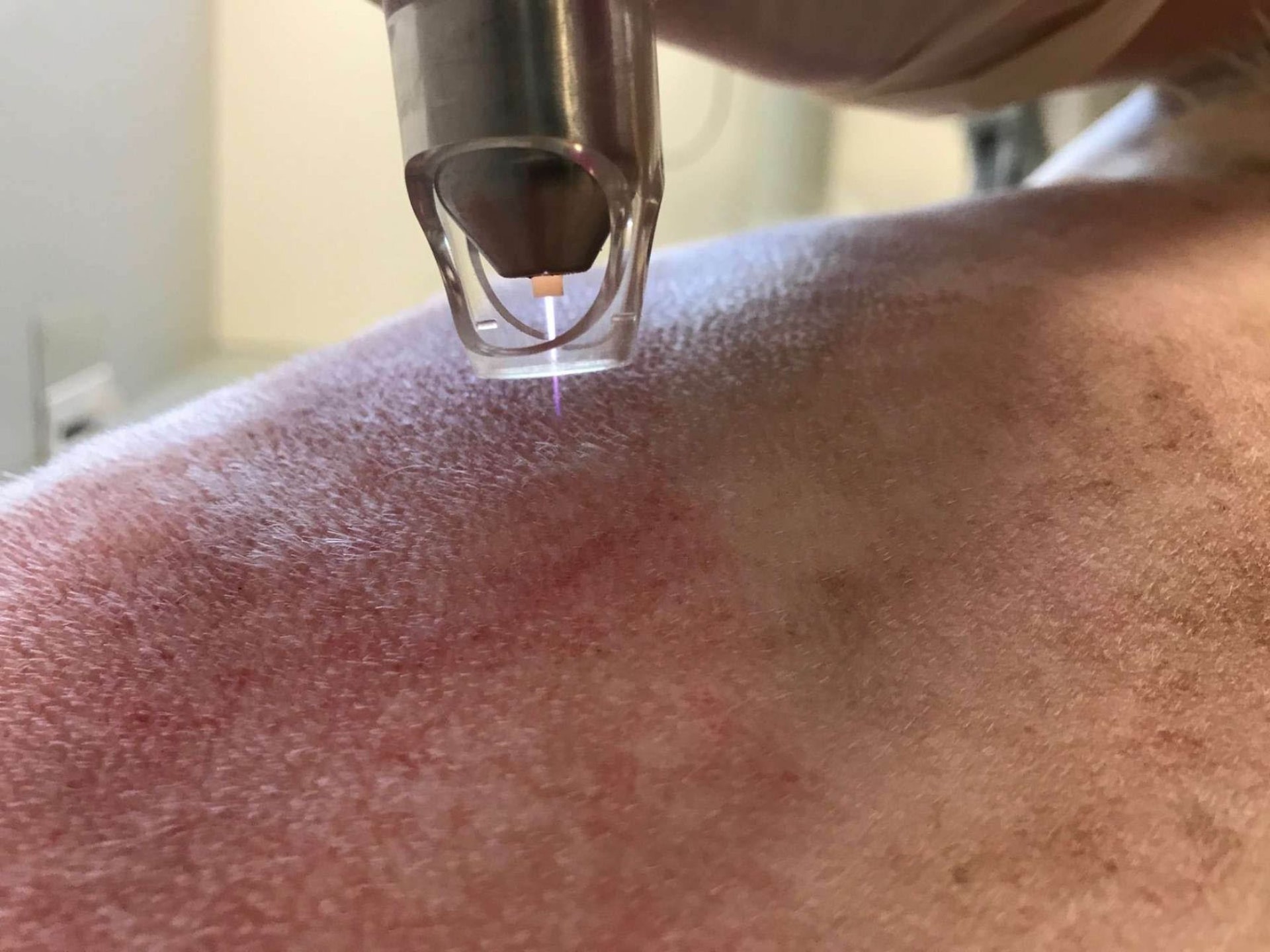 Although CAPP can be very effective against multi-resistant bacteria, it does not eliminate any underlying cause, and must not replace a clinical diagnosis.

Given the worldwide rising number of drug-resistant bacterial and fungal infections, it is becoming increasingly important to develop alternative treatment options for such infectious pathogens. Progress towards sustainable physical or other methods that can eliminate such problematic agents appears ever more crucial, and Cold Atmospheric Pressure Plasma (CAPP) Therapy is such a procedure, offering proven efficiency in treating antibiotic-resistant bacterial, viral and fungal pathogens 12345. The technique also modifies and upregulates numerous factors that promote and accelerate healing, which can especially benefit patients with wound-healing disorders 67. Originally used in human medicine, CAPP is now becoming more widely accepted in veterinary medicine, partly because it is a painless procedure that can be applied without sedation 8, although the current lack of animal studies means that the technique is still relatively unknown. This article provides an insight into the therapy and some practical examples of how it may be used effectively in small animal clinics (Figure 1).

Plasma is sometimes called the "fourth state of matter" (after solid, liquid and gas), and is essentially a gaseous mixture of free ions or electrons within a confined space 9. Natural examples of the phenomenon include lightning and solar flares, but plasma can also be produced artificially at room temperature and under normal atmospheric pressure, for example by accelerating charged gaseous particles along an electromagnetic field. CAPP therapy has been shown to positively influence tissue healing by hastening the healing process and reducing scar formation. How it produces its effects is as yet not fully understood, although it is known that CAPP strongly influences certain growth factors (e.g., FGF-7 for keratinocyte migration), anti-inflammatory signaling molecules (e.g., TGF-β) and inflammatory signaling pathways 67891011.

CAPP was initially reserved for wound disinfection and to promote healing in human burn victims, but is now indicated for use in many other situations. It is effective in treating both simple and complicated skin infections (especially where multi-resistant pathogens are present) as well as for various other wound-healing disorders, such as those that can develop secondary to diabetes 136. The therapy is widely reported to be highly effective in combating bacterial, viral and fungal pathogens, even where there is biofilm formation 2359, and its physical mode of action means that any resistance to antibiotics, antimycotics or antivirals is irrelevant. Studies have shown that CAPP has an excellent bacteriostatic effect on methicillin-resistant Staphylococcus aureus spp. (MRSA), S. pseudintermedius (MRSP) and multi-resistant Pseudomonas aeruginosa (MRPA), some of the most common bacterial skin pathogens in veterinary medicine 1234.

Currently, there are three basic types of devices available, each with certain advantages and disadvantages. All involve the creation of cold plasma by ionizing a gas into its plasma state, usually either atmospheric air (i.e., oxygen and nitrogen) or an inert gas such as argon.

CAPP therapy is widely reported to be highly efficient in combating bacterial, viral and fungal pathogens, even where there is biofilm formation, and its physical mode of action means that any resistance to antibiotics, antimycotics or antivirals is irrelevant.

All three options are easy to use and can be operated by assistants after a brief instruction period, allowing CAPP therapy to be conveniently integrated into the daily practice routine, either under non-sterile conditions in a consulting room, or in an aseptic operating theatre. Since it is painless the patient rarely requires sedation or anesthesia, although success obviously depends on identifying the root cause of the problem 67. The duration and frequency of application depends partly on the device specification (with the penetration depth varying from nanometers to a few millimeters) and the type, depth and nature of the lesion. Typically, treating an affected area every 2 or 3 days for two weeks, and then decreasing to once weekly, has proven to be a generally effective initial regimen.

To date, side effects of CAPP appear minimal, other than minor skin irritation where there has been prolonged skin contact 8. Whilst there have been few comparative studies to review the efficacy of the different devices 12, the author believes that patient tolerance and the speed of healing appears to be best with the third design. However, owners have generally been very satisfied with the results from any of the CAPP devices and have been willing to pay the additional costs involved for this therapy.