An overview of adverse food reactions in dogs

Adverse food reactions can mimic many other skin disorders, and a good knowledge of the underlying pathology and diagnostic options are key to successful treatment of the condition. 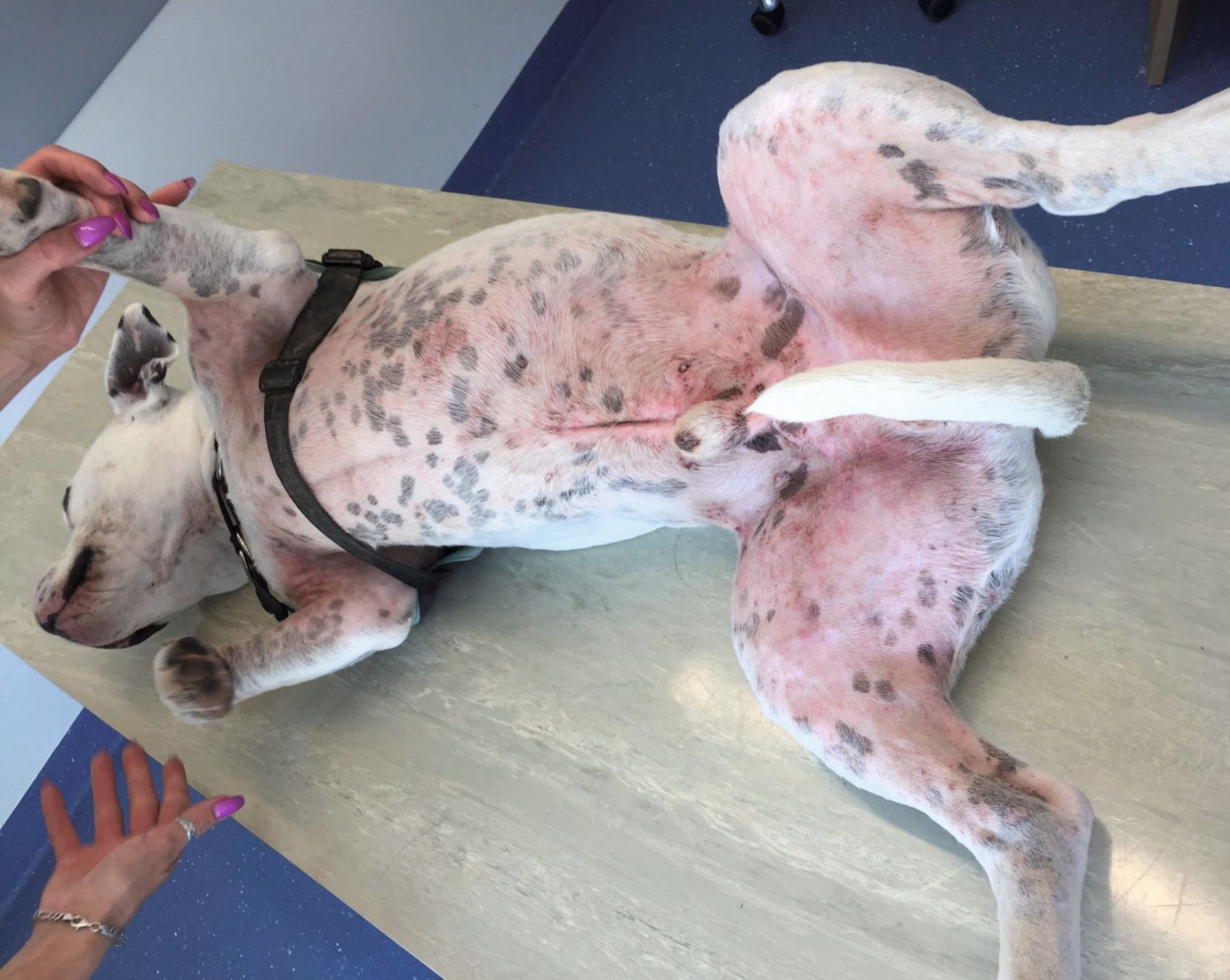 Adverse food reactions (AFRs) are one of the most common allergies in the dog, but the signs can be indistinguishable from canine atopic dermatitis.

The clinical signs of AFR can be non-cutaneous, cutaneous or both, but the most frequent finding is that of a generalized, non-seasonal pruritus.

Identification of AFRs requires various factors to be taken into consideration, but an elimination diet trial followed by a provocative dietary challenge remains the only accurate method of diagnosis.

The prognosis for dogs with AFR is excellent, as the allergen(s) can often be identified and avoided, although symptomatic treatment may be necessary in some cases.

The term "adverse food reaction" (AFR) refers to any abnormal clinical reaction resulting from the ingestion of food or food additives, and can be categorized as either toxic or non-toxic in nature 12. The first type is caused by substances that are natural food components, or that are present after food preparation or contamination; they can occur in any individual and are dose-dependent. Non-toxic adverse food reactions, in contrast, depend on the susceptibility of the individual, and are classified as either food intolerances (i.e., non-immune-mediated) or food allergies (i.e., immune-mediated) (Figure 1).

Food intolerances, which (at least in humans) account for most AFRs, include enzymatic reactions and those resulting from the pharmacological properties of food 13. Food allergies are abnormal immunological responses to ingested food, and are specific and reproducible 4. In humans these responses may be IgE mediated, non-IgE mediated or mixed. IgE-mediated responses are the most studied (and best defined in literature), and include urticaria and angioedema, rhinoconjunctivitis, laryngeal edema, dysphonia, oral allergic syndrome, gastrointestinal signs, systemic anaphylaxis and exercise-induced anaphylaxis 5. The group of non-IgE-mediated disorders includes dermatitis herpetiformis, enterocolitic syndrome, colitis, proctitis, gastroesophageal reflux, celiac disease and pulmonary hemosiderosis. The mixed hypersensitivity category includes atopic dermatitis, esophageal and gastrointestinal eosinophilic disorders, and asthma. In dogs it is more difficult to make this differentiation, both because there are insufficient studies on the pathogenetic mechanisms of AFR and because clinical manifestations are not as heterogeneous as in humans, and the clinical picture often overlaps. In addition, there is no accurate test for their diagnosis and differentiation, so the more general term "adverse food reactions" is used to refer to this group of canine allergies.

AFR is the third most common canine skin allergy (after flea bite hypersensitivity (FBH) and canine atopic dermatitis (CAD)). It is estimated that approximately 25-30% of dogs on a dietary elimination trial show a response to the altered diet and thus have an adverse reaction to food. A recent systematic review reported that the prevalence of AFR varied depending upon the type of diagnosis made: 1-2% of any diagnosis; 0-24% among skin diseases; 9-40% of dogs with pruritus; 8-62% of dogs with any skin allergic condition; and 9-50% of dogs with skin lesions suggestive of atopic dermatitis 6. However, diagnosis of an adverse skin reaction to food is only confirmed by a relapse of symptoms after provocation with the food responsible for the reaction. Not all studies involve provocation tests, so AFR may be over-diagnosed, as many animals can respond because the new diet is of higher quality, or because of other therapeutic interventions (e.g., antiparasitic, antimicrobial or shampoo treatments) given in conjunction with the diet.

The pathogenetic mechanisms of AFR are not fully understood. The gastrointestinal tract is continuously exposed to foreign antigens from food, microbiota or pathogens, and while some of these antigens are harmless, others are dangerous and must be removed. A breach in the mucosal barrier promotes local inflammation and increases the interaction between the luminal antigen and mucosal immune system.

In a healthy animal, lymphocytic activation occurs only when a potentially dangerous allergen comes into contact with the immune system. Conversely, when an external but non-hazardous allergen (such as a food allergen) is captured, various mechanisms are put in place to induce tolerance. The process that inhibits lymphocytic activation is called oral tolerance, and it is now recognized that there are multiple mechanisms involved, with one of the prime determinants being the dose of antigen fed. Low doses favor the induction of regulatory T cell (Tregs), whereas higher doses favor the induction of anergy or deletion, although these processes are not exclusive and might have overlapping functionality.

Although these mechanisms are very efficient in the majority of the population, individuals may be sensitized against food because of a deficient induction of oral tolerance or a breakdown in established oral tolerance 7. As yet it is not fully understood why these abnormal responses occur, but it is clear that the cause is multifactorial: both host and food-related factors are involved 8.

A recent study analyzing signalment data from 825 dogs with food allergy produced useful information. The age at onset varied from a few months to 13 years, with an average of 2.9 years 9. 22% of dogs showed the initial clinical signs within the first 6 months of age and 38% when less than a year old. The most represented breeds were the German Shepherd (13%), the West Highland White Terrier (WHWT) (11%), and Labrador and Golden Retrievers (19%), which together comprise more than 40% of all cases. Labradors and WHWT were considered to be predisposed when compared to the prevalence of these breeds in the normal population. There is no definite trend for sex predisposition, which seems to vary widely between studies, with a median female/male ratio of 0.9.