Dogs with hyperadrenocorticism can often present with dermatological signs; this paper reviews the diagnosis and treatment of a common canine disease. 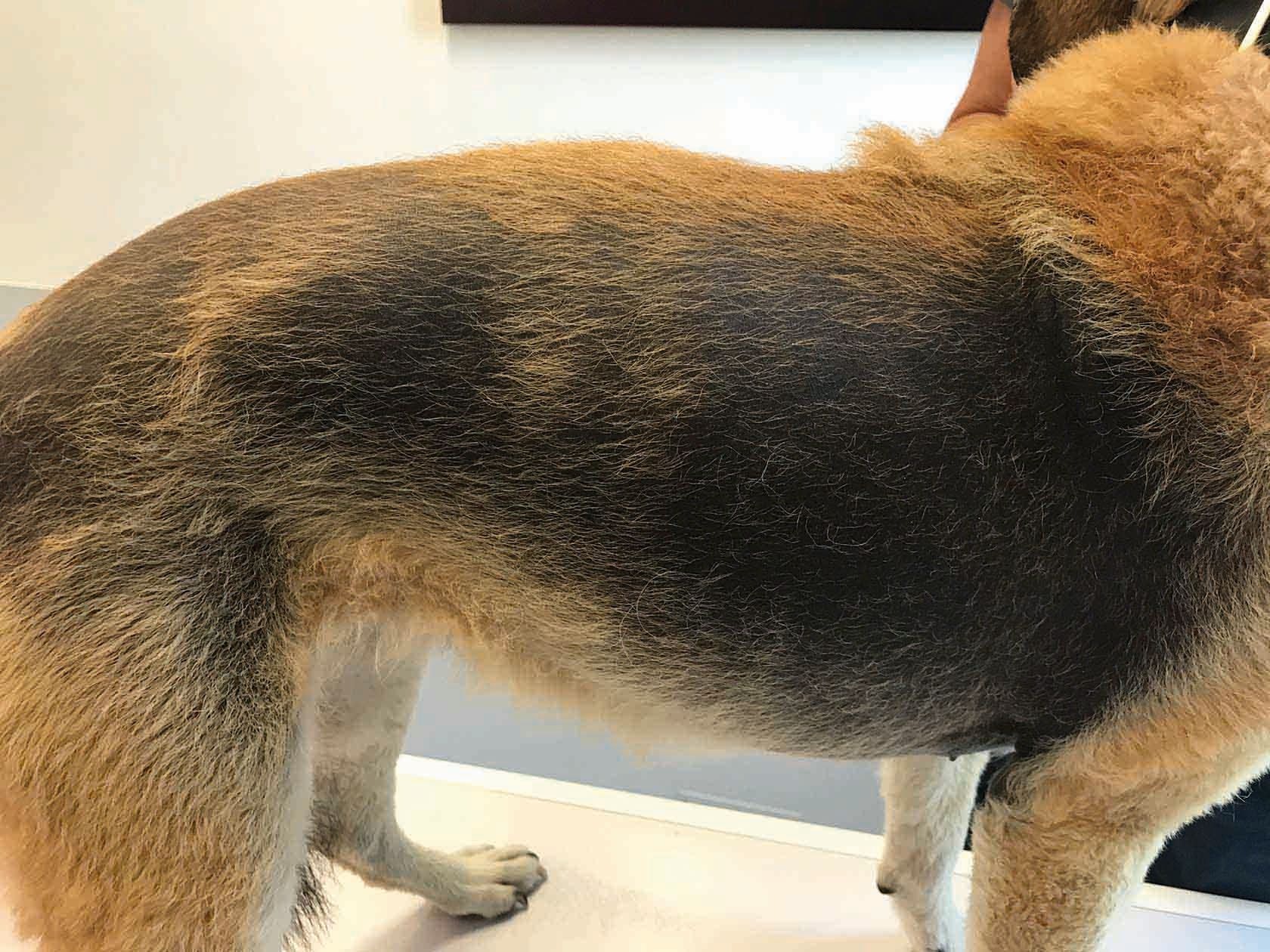 Pituitary-dependent hyperadrenocorticism is the most common cause for spontaneously occurring hypercortisolism in dogs.

The clinical signs of hyperadrenocorticism are wide and varied, but the various cutaneous changes are often obvious and dramatic.

A variety of diagnostic procedures can be performed, but it is important to also identify the origin of the hyperadrenocorticism to appropriately guide the management and therapeutic plan.

Treatment of hyperadrenocorticism should also encompass therapy for any intercurrent disorders in order to improve the patient’s quality of life.

The adrenal cortex is composed of three distinct anatomical regions, the zona glomerulosa, zona fasiculata and zona reticularis, with glucocorticoids being produced in the zona fasiculata under the control of the hypothalamic-pituitary-adrenal (HPA) axis. The hormone corticotropin (or adrenocorticotropic hormone, ACTH) is secreted by the adenohypophysis of the pituitary gland, with the primary function of stimulating the adrenal cortex. Secretion occurs in a pulsatile manner and is stimulated by stress, but is normally controlled by the negative feedback of serum glucocorticoid levels. Corticotropin in turn is controlled by release of corticotrophin releasing hormone (CRH), secreted by the hypothalamus, again in a pulsatile manner 23. CRH secretion is inhibited by glucocorticoids and stimulated by serotonin and epinephrine.

Since diagnosis of canine hyperadrenocorticism can be complex and none of the screening tests are 100% accurate, an integrated approach to the diagnosis is required. Signalment, history, clinical findings, screening tests and specific assays for the hypophyseal-adrenal axis should all be considered carefully in a collective manner to avoid misdiagnosis and to ensure concomitant disorders are not overlooked.

Hyperadrenocorticism typically affects middle-aged to old, small breed dogs, with no apparent gender bias. Whilst any breed can develop the disease, Poodles, Dachshunds and Terriers appear to be at increased risk. The clinical signs are generally slow to develop and progress, and many owners consider the early stages as part of the normal aging process of their dog. Various cutaneous changes, as shown in Table 1, are often significant.

These include the classic textbook appearance of generalized bilateral symmetrical truncal alopecia (Figure 1), often accompanied by hyperpigmentation (Figure 2). Thinning of the skin (Figure 3) and calcinosis cutis are also commonly seen (Figure 4) and suppression of the immune system can contribute to chronic dermatitis and furunculosis (Figure 5). Other systemic signs are also commonly encountered, as set out in Table 2 4. It is important to question an owner about recent corticosteroid administration (topical, oral, and injectable) to rule out a possible iatrogenic cause for hyperadrenocorticism before attempting to diagnose the spontaneous form of the disease.

If a dog is suspected of having hyperadrenocorticism after collecting the signalment, history and performing a physical examination, then blood and urine sampling (hematology and biochemistry panels, plus urinalysis and culture) is indicated. Routine laboratory findings in dogs with hyperadrenocorticism are shown in Table 3.