Inflammation of the feline esophagus is an underdiagnosed condition, yet it can have potentially severe consequences; Toshihiro Watari discusses the predisposing factors, the clinical signs, the imaging modalities required for diagnosis, and the options available to both treat the disease and minimize its recurrence. 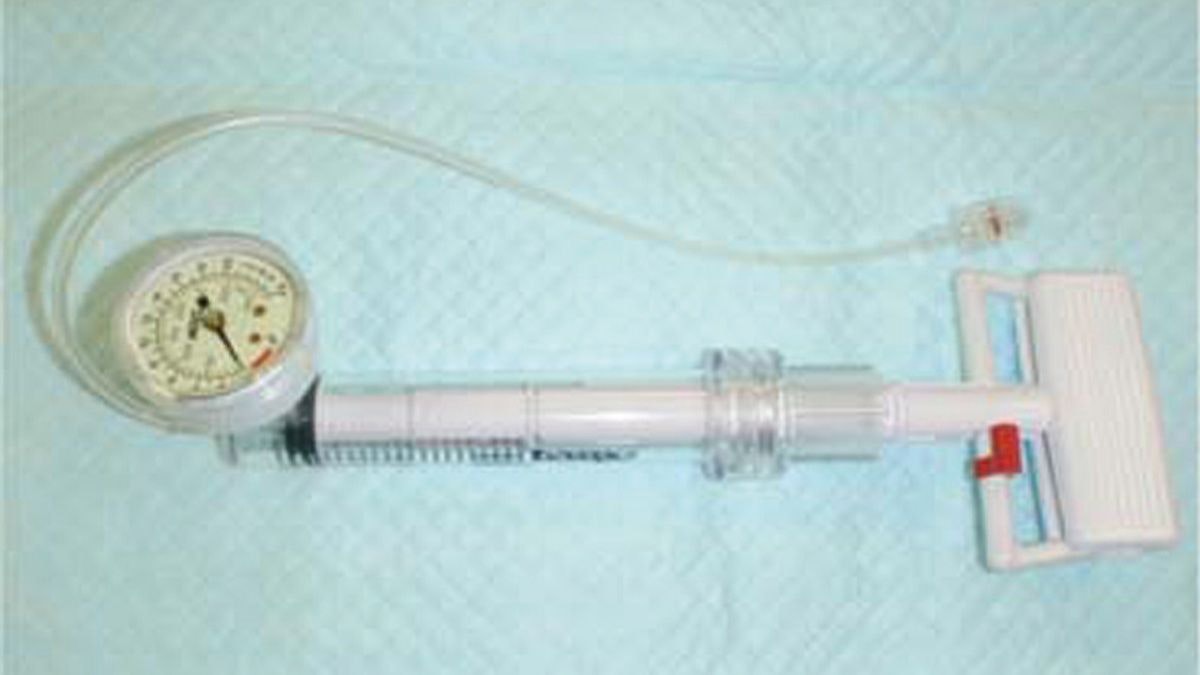 Feline esophagitis may be subclinical in nature or can often cause nonspecific clinical signs; it is probably underdiagnosed in general practice.

The most common etiology appears to be gastroesophageal reflux, which may be exacerbated by general anesthetic. Tetracycline antibiotics have also been shown to cause esophagitis.

Treatment is based on drug therapy to inhibit gastric acid secretion and promote gastric emptying.

Sustained or severe esophagitis and the resulting fibrotic changes can lead to formation of an esophageal stricture. Such strictures are best treated by endoscopic balloon dilation.

Although feline esophagitis is not an uncommon condition, it is often missed because of its typically non-specific or subclinical presentation. Mild esophagitis is usually self-limiting, but an esophageal stricture may develop secondary to severe esophagitis, resulting in obstruction of the passage of food. Once formed, strictures require treatment by endoscopic balloon dilation or other invasive methods, and it is therefore best to treat esophagitis in the early phases wherever possible. Knowledge of the underlying anatomical features and the risk factors that predispose a cat to esophagitis is essential to better managing this underdiagnosed condition.

Anatomy of the esophagus

The esophagus is the hollow tube that transports food from the pharynx to the stomach. It runs alongside the trachea from the pharynx to the thoracic inlet and then traverses the mediastinum before passing through the diaphragm to enter the stomach. The esophagus has four physiologically normal constrictions; at its origin in the pharynx, at the thoracic inlet, at the level of tracheal bifurcation, and at the esophageal hiatus where it passes through the diaphragm.

The esophageal wall consists of the innermost mucosal epithelia, the lamina propria, the muscularis mucosa, the submucosa, and the two outermost layers of muscle fibers. In dogs, the muscular coat is composed of striated muscle throughout the entire length of the esophagus. In cats, the esophagus has both striated and smooth muscle; the proximal two-thirds are composed of striated muscle, while the distal third is composed of smooth muscle. Consequently, the distal portion of the feline esophagus (caudal to the base of the heart) has circular mucosal folds (Figure 1a) (Figure 1b), which can be seen to form a characteristic “herringbone” pattern on contrast radiography. This difference in musculature explains why dogs with megaesophagus typically fail to respond to prokinetic drugs, while these agents may be successful in inducing distal esophageal motility in cats with the same disorder.

The most common cause of esophagitis appears to be gastroesophageal reflux, with exposure to gastric secretions causing damage to the esophageal mucosa. In particular, reflux may occur during general anesthesia, and it has been suggested that relatively little contact time (20 minutes or longer) is required for stomach acid to raise the risk of esophagitis. Gastroesophageal reflux can also occur secondary to hiatal hernia (Figure 2) where displacement of the cranial part of the stomach into the thorax reduces the pressure on the cardia and allows reflux of gastric juices. Another major risk factor in cats is administration of tetracyclines, which can adhere to the esophageal lining when administered without adequate water, leading to esophagitis; owners should be informed of this risk when such medications are prescribed. Mechanical injury of the mucosa from esophageal foreign bodies is another possible etiology, although this is more commonly seen in dogs.

Non-specific signs such as anorexia and hypersalivation are primary signs of esophagitis. However, mild esophagitis may be asymptomatic and can go unnoticed by the owner until a stricture forms and causes regurgitation. Given the non-specific presentation, esophagitis should be suspected and included in the differential diagnosis list whenever vomiting/regurgitation, inappetence, and/or hypersalivation are noted, and the probability is increased if the cat has a history of previous anesthetic procedures, oral antibiotic use (and in particular tetracyclines), and/or is prone to possible foreign body ingestion.

Hematology and serum biochemistry are usually normal in affected animals unless there is severe inflammation. Plain radiography may reveal retention of air within the esophagus, and contrast radiography is rarely diagnostic unless mucosal inflammation is very severe. Currently, esophagoscopy is the most important and reliable method of evaluating suspected esophagitis. This allows visualization of any inflammation within the esophagus and lesions can be easily biopsied for histopathology. It is worth noting that healthy esophageal mucosa is very firm and difficult to grasp using biopsy forceps. In humans, differentiation between esophagitis and esophageal cancer is essential at this point, but it is not usually necessary in cats, as esophageal tumors are very rare in this species. However, if neoplasia is suspected, biopsy is recommended for histopathological evaluation.

The treatment for esophagitis is based on minimizing reflux by inhibiting gastric acid secretion and promoting gastric emptying. H2 blockers and proton pump inhibitors are used to inhibit acid secretion, while prokinetic agents (such as dopamine D2 receptor antagonists and serotonin 5-HT4 receptor agonists) can be used to encourage stomach emptying. Additionally, mucosal protective agents such as sucralfate may be employed to support the esophageal endothelium, and antibiotics should be prescribed if severe infection secondary to inflammation is suspected. A percutaneous endoscopic gastrostomy (PEG) tube should be considered for cases where there has been prolonged esophagitis. If esophagitis is secondary to hiatal hernia, surgery is indicated to restore the normal anatomy.

Esophagitis must be treated as early as possible, as prolonged inflammation can cause an esophageal stricture secondary to scar tissue formation. Some practitioners opt to use proton pump inhibitors or prokinetic agents prophylactically before any anesthetic procedure in cats to prevent reflux esophagitis. Alternatively, sucralfate suspension may be administered after anesthetic induction to provide protection against any refluxed gastric contents.

It is not uncommon for severe or prolonged esophagitis and the resulting fibrotic changes to lead to an esophageal stricture in cats. As the treatment for an esophageal stricture can be both lengthy and costly, it is essential to emphasize that wherever possible early detection and effective treatment of esophagitis is desirable before there is progression to a stricture. Efforts should always be made to prevent recurrence in any cat that has had esophagitis previously. As noted above, because tetracycline antibiotics can be a common cause of esophagitis, they can also predispose to stricture formation, and it is imperative that owners are advised to administer such medications with water or food.

Regurgitation of food, often immediately after eating, is commonly seen once an esophageal stricture develops (Box 1). Depending on the width of the stricture, cats may only regurgitate solid foodstuffs and tolerate water or liquid diets. Anorexia is rare. If an esophageal stricture is suspected, contrast thoracic radiography should be performed; diagnosis is based on stenosis of the esophageal lumen and distention proximal to the site of stenosis. Note that stenosis should not be confused with the physiologically normal narrowing of the esophagus associated with peristalsis. If a stenosis is not clearly observed with liquid barium but a stricture is still suspected, the contrast agent may be mixed with food to make a thick gruel in order to facilitate radiographic diagnosis.

Subsequent esophagoscopy aids the diagnosis and allows treatment at the same time. In kittens which start to regurgitate solid food at the time of weaning, or in young cats where there is no history of antibiotic therapy, a vascular ring anomaly must be included as a possible cause, and esophagoscopy may aid in making a definitive diagnosis. With a vascular ring anomaly, the esophagus is entrapped by the great arteries in the thorax and the lumen of the esophagus will appear to be compressed externally on endoscopy. With a stricture secondary to esophagitis, there will be no indication of extraluminal compression (Figure 3a) (Figure 3b). When a vascular ring anomaly is suspected, contrast computed tomography (if available) can aid diagnosis, as it will allow imaging of the esophagus and the surrounding vasculature.

Removal of the stricture is the only option where clinical signs persist. Potential treatments include surgical resection of the stricture, bougienage, and endoscopic balloon catheter dilation. Partial esophagectomy is not always successful, as there is an increased risk of anastomotic dehiscence due to the relatively poor vascularization of the esophagus. There is also the risk that the stricture may reform following surgery. Bougienage carries a risk of esophageal perforation, as it is typically performed without endoscopic guidance, and it is difficult to confirm whether the dilator is correctly positioned at the site of the stricture.

Endoscopic balloon catheter dilation is a safer choice and allows visualization of balloon placement within the stricture (Box 2). In addition, outward expansion of the narrowed segment is unlikely to cause perforation. A balloon dilator can be inserted through the instrument channel of the endoscope if the channel diameter is sufficiently large. This option is not always possible with cats, as a small endoscope may be required, and in this situation the alternative is to carefully advance the catheter alongside the endoscope. Once the tip of the catheter reaches the site of the stricture, the middle of the balloon is positioned near the center of the stricture, and the balloon filled with water using a special inflation syringe (Figure 4). This is essential as the integrated pressure gauge on the syringe permits the operator to judge the optimal pressure required for inflation of the balloon. Based on the type of balloon catheter system used, the author prefers to keep the balloon in situ for three minutes once it has been inflated to the recommended pressure before removing the water and deflating and retracting the dilator. The process ruptures the esophageal mucosa and exposes the submucosal tissue; although this causes new inflammation at the site of the stricture, this can be controlled by effective drug therapy. Successful resolution of the stricture usually requires multiple balloon dilations; the author prefers to repeat the procedure at 14-day intervals until the luminal diameter is large enough to allow easy passage of the endoscope (Box 2). If a stricture reforms post-dilation (most commonly due to the associated inflammation), the cat may benefit from PEG tube feeding; the patient can be allowed to swallow water and sucralfate suspension but the PEG tube helps to prevent further damage to the esophageal mucosa from the passage of food.

Feline esophagitis is often underdiagnosed unless there are overt clinical signs. Prophylactic sucralfate, gastric acid secretory inhibitors and promotility drugs should be considered for cats with known risk factors for esophagitis. Cats presenting with regurgitation should undergo contrast radiography and/or endoscopy for definitive diagnosis, and balloon dilation is the preferred treatment if a stricture is confirmed.

Simple to use and remarkably effective, feeding a sick dog via an intra-nasal tube can be...

By Joris Robben and Chiara Valtolina

Clinicians will be all-too-familiar with the cat that has recurrent diarrhea...

By Craig B. Webb

Endoscopy is now widely available for the investigation of gastrointestinal disease in dogs...

By Olivier Dossin and Franck Jolivet

There are a variety of disorders that can cause dogs to lose protein through their gastrointestinal tract...