Antimicrobial use in puppies and kittens

How should we approach the problematic choice of antibiotic in young puppies and kittens? J. Scott Weese offers a practical guide to this all-too-common scenario in small animal practice. 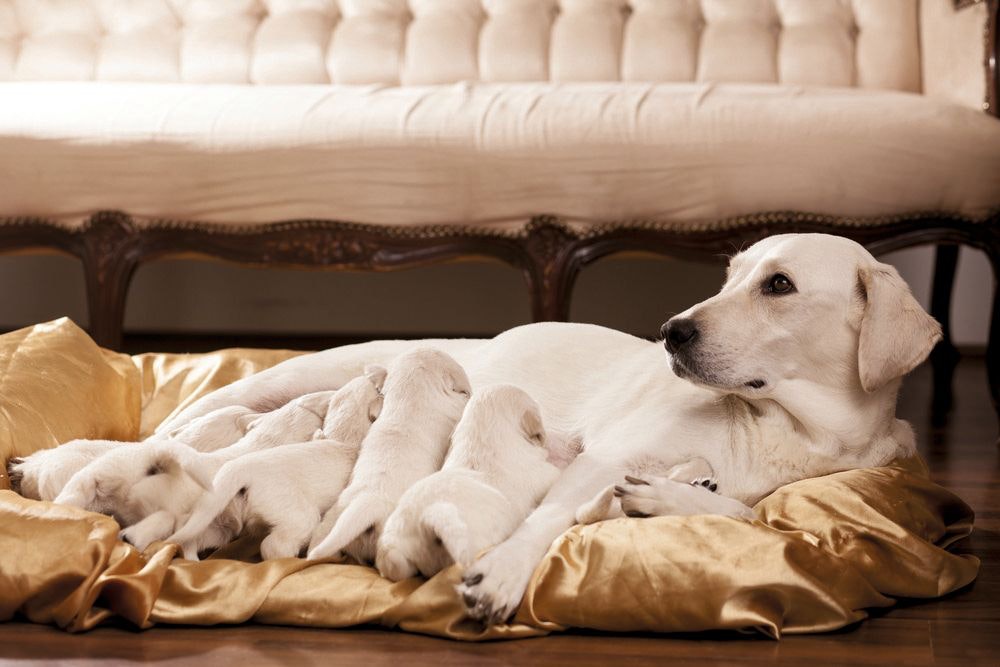 Proper and effective use of antimicrobial drugs in neonates is complicated by a lack of data, so assumptions about dosing must be made.

Many factors will influence a neonate’s microbiota, but the most profound potential impact is probably if antimicrobials are administered during this period.

The pharmacokinetics of any antimicrobial – its absorption, distribution, metabolism and elimination – can all differ in neonates when compared to adults.

Optimizing newborn and maternal health factors will reduce the need for antimicrobials in neonates, which helps remove the uncertainty on dosing and possible long-term drug effects.

It is well understood that puppies and kittens are not just smaller versions of dogs and cats, respectively, but beyond this, puppy- and kitten-hood encompasses a highly dynamic period of life, where there are substantial changes in various factors that influence the pharmacokinetics of drugs and the risks of adverse events. The variable and rapidly changing physiology in early life can impact both efficacy and safety of antimicrobial therapy, and there is limited species- and drug-specific information available for this critical neonatal period. Clinical trials regarding optimal antimicrobial regimens, and even data on whether antimicrobials are beneficial, are largely non-existent for young puppies and kittens. These factors complicate development of evidence-based treatment plans that maximize the potential therapeutic benefits while minimizing the risks. Furthermore, the scope of potential risks is also poorly understood, and even where the risks are known, our comprehension is often limited, with restricted information about incidence and long-term impact in clinically relevant situations.

The neonatal period is also highly variable and changeable microbiologically, as the individual develops its critical and complex commensal microbiota. Consideration of “adverse effects” has typically focused on drug-patient interactions, with limited thought as to drug-microbiota interactions. The impact of antimicrobials on the commensal microbiota is an area that is of increasing interest and attention, but one where objective data are very sparse. Proper cost-benefit assessment and use of evidence-based treatment regimens is therefore a challenge in the management of neonatal infectious disease.

Pharmacokinetics involves what the body does to a drug after administration, something that is a function of absorption, distribution, metabolism and elimination. All of these factors can be different in neonates when compared to adults, and are also changeable throughout the neonatal period. The impact on pharmacokinetic properties (e.g., half-life, bioavailability, volume of distribution) can impact the potential for efficacy, as well as adverse event risks.

After administration, antimicrobials must be absorbed into the circulation, and this may be unpredictable or different in neonates. Oral absorption in particular can be impacted by age (Figure 1). In the first 24 hours of life, absorption may be very high, resulting in unexpected and possibly unwanted bioavailability. Potentially toxic drugs that are not meant to be highly absorbed (e.g., neomycin) should therefore be avoided in very young individuals. Nursing can also impact the absorption of some drugs, either because a drug binds to milk components, or because it makes it impossible to administer a drug on an empty stomach (Figure 2). Slower gastric emptying can be a factor, as this can delay absorption but also potentially ultimately increase bioavailability from longer mucosal contact 1. A higher gastric pH than adults – a common situation in nursing individuals – can decrease absorption of drugs that are weak acids (e.g., fluoroquinolones); one study reports failure of oral administration of enrofloxacin to produce therapeutic drug levels in nursing 6-8-week-old kittens, which highlights potential issues 2. So while there is little information about commonly used drugs in puppies and kittens, there are competing factors that may increase or decrease oral bioavailability in this age of animal.

Other routes of administration may also be used. Administration by gastric tube may be required in puppies and kittens that cannot be effectively treated per os but are deemed adequately stable and to have good gastrointestinal motility. Subcutaneous administration likely results in similar drug levels to intravenous and oral administration, but may be affected by inadequate hydration and perfusion, something that can be of greater likelihood in compromised neonates. Intra-osseus administration is also an option for some drugs.

After absorption, antimicrobials distribute through serum to tissues. Neonates have a larger fraction of extracellular fluid, up to twice as large as adults, along with less adipose tissue and muscle, resulting in increased distribution of water-soluble drugs (e.g., penicillins, cephalosporins, aminoglycosides) and correspondingly lower tissue levels. Lower serum protein concentrations and lower affinity of protein binding in neonates may increase free (active) drug levels of highly protein-bound compounds such as cefovecin, and this also increases the rate of elimination. The free antimicrobial at the affected site is the factor that will influence potential antibacterial efficacy, so the clinician should be aware that a dosage may need to be increased or decreased depending on the drug and individual patient.

Metabolism may also be impacted by lower levels of enzymes involved in hepatic drug metabolism, particularly in the first four weeks of life. The kidneys are the site of elimination of many drugs, and renal excretion is impacted by glomerular filtration rate and renal tubular transport mechanisms, both of which change over time. This is mainly relevant very early in life, as renal and hepatic function are likely at near-adult levels by 4-6 weeks of age. Before that timepoint there may be increased risk of toxicity, particularly from drugs such as chloramphenicol that have narrower margins of safety and rely on hepatic metabolism. The half-live of enrofloxacin in 2-, 6- and 8-week-old puppies has been shown to be significantly shorter than in adults because of a greater rate of elimination, resulting in lower peak drug concentrations 2.